NOTE: The following information was provided by WordRake, a terrific redaction program. I tried the 15-day free trial and loved it. I encourage you to give it a try in your office. The WordRake weekly newsletter is also very helpful and would be worth subscribing to. More information is available at http://wordrake.com. 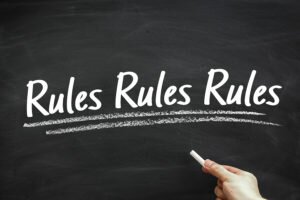 Three days ago, the New York Times published an article about a new limit of 13,000 words for all briefs filed with federal appellate courts. Lawyers are not happy. “There are cases where the facts are complicated,” complained one, “and where areas of the law are complicated.” In a radio interview, the Ninth Circuit’s Judge Alex Kozinski countered, “The more complex the case, the more the lawyers should strive to make the explanation simple and easy to understand.” Lawyers in over 7000 law firms  know WordRake helps.

But the “books” are not written by professional writers edited exhaustively by professional editors. They’re written by harried lawyers with myriad cases and clients demanding their time. Judge Kozinski observed that too many lawyers “leave the writing of the brief till the last minute . . . . and don’t leave themselves time to go back and cut and polish and winnow the arguments.” Even if that describes you, in a few minutes—at the last minute—WordRake can help you “cut and polish.

Federal Courts Use WordRake Although many individual federal and state judges and clerks use WordRake to help them draft memoranda, orders, and opinions, whole federal courts in Washington and Florida have integrated the WordRake editing software. Recently, one of the three biggest law firms in the world bought 2,500 WordRake licenses. Big firms and federal courts don’t commit to software unless they know it’s a sound investment. END_OF_DOCUMENT_TOKEN_TO_BE_REPLACED

Robin E. Rosenthal, PP-SC, specializes in medical malpractice defense at Christie & Young PC, a medium sized law firm in Center City Philadelphia. In previous employment she has worked in the areas of insurance defense, premises liability, personal injury and family law She graduated from the Martin School of Business  and has taken some classes… END_OF_DOCUMENT_TOKEN_TO_BE_REPLACED

This is a true story about a paralegal who believed working at The Other Firm would solve all her problems. Read on… Everything would be different — if only I worked at the law firm down the street. I call it The Other Firm…the charming one in the historic building with the fancy letterhead, latest equipment… END_OF_DOCUMENT_TOKEN_TO_BE_REPLACED

As paralegals (or any legal professional really), it is difficult to keep up with technology trends, firm software, or even client data security. Listeners of The Paralegal Voice are likely ahead of the curve in terms of legal tech education, even though technology evolves so quickly. But what about the lawyers in our firms? Attorneys… END_OF_DOCUMENT_TOKEN_TO_BE_REPLACED

Redaction is the removal confidential information from documents before final publication. If not done properly, the information can later be mined from the document. American Bar Association (ABA) Rules applicable to redaction: 1.1-1.3: A lawyer must provide competent representation and MUST use methods and procedures meeting standards of competent practitioners. 1.6 (a) A lawyer shall… END_OF_DOCUMENT_TOKEN_TO_BE_REPLACED

Plaintiff’s never dreamed the defense-team’s paralegal could read French! Now, thanks to the language skills of the paralegal, plaintiff’s judgment in a truck-crash case has been reversed and they can kiss $4.25 million goodbye. The complex legal drama began at 11:10 a.m. on May 30, 2007. Hawa Sissoko was standing behind her car in an eastbound… END_OF_DOCUMENT_TOKEN_TO_BE_REPLACED

“Soft Skills” is one of today’s most used buzz phrases.  What are soft skills? To understand soft skills, it is helpful to define hard skills. Hard skills are trade skills and subject matter expertise, like programming, accounting, research, writing, keyboarding, and investigative skills that you need to perform your job. These are generally learned through… END_OF_DOCUMENT_TOKEN_TO_BE_REPLACED

A plea for advice came to me this week from a paralegal I’ll call “Mary.” Here’s the story (note, the names have been changed to protect the innocent!):“Mary” graduated from an ABA approved paralegal program and has worked at Mega Lawyers in Anytown, USA for five years. Her title: paralegal.“Susie” is Mary’s co-worker. Susie graduated… END_OF_DOCUMENT_TOKEN_TO_BE_REPLACED

Jaye Koch, ACP, is a Senior Paralegal at the Virginia Beach Office of the Commonwealth’s Attorney where she enjoys doing any type of research (especially legal) and trial preparation.Jaye has a B.A. Political Science, from Virginia Wesleyan College 1982 and a Paralegal Certificate, from Tidewater Community College, 1986. She earned her NALA Certified Paralegal… END_OF_DOCUMENT_TOKEN_TO_BE_REPLACED

It’s time to do some soul searching. Do you see the glass as half empty? Are the majority of your posts on Facebook negative? Do you hold a grudge forever when you think you’ve been wronged? Are bad things always going to happen to you? If you answered “Yes” to those questions, you’re probably not… END_OF_DOCUMENT_TOKEN_TO_BE_REPLACED