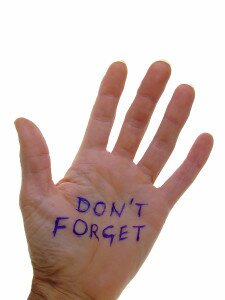 If a paralegal has a conflict, screening the paralegal from working on the case is usually sufficient to prevent the firm’s disqualification.

What happens when a law firm’s efforts to screen a conflict fail, permitting a nonlawyer who worked on one side of a case at one firm to work on the other side of the same case at the opposing firm?
The paralegal in this story is Clyde Williams. In July 2005, Williams began work as a paralegal at a firm where he billed a total of 6.8 hours on a case. He reviewed the file to identify persons with knowledge of the relevant facts, prepared an initial draft of a response to a request for disclosures, assisted in document production and communicated with opposing counsel.
In October 2008 Williams applied for a paralegal position at another firm, identifying his previous employer and 2 potential conflicts from his previous work. A conflicts check was performed and Williams’ access to two files was restricted. He failed to mention the case he worked on in July 2005.
In 2009, Williams’ current employer asked him to organize pleadings and discovery in the case he worked on in 2005 in his previous employment. He also affixed bates labels to documents produced by the opposing party and redacted passages highlighted by an attorney. In total, Williams billed 27 hours on the case.

Williams again failed to recognize the conflict and to notify the supervising attorney of its existence.

While Williams seemed to have a memory lapse, an attorney for the opposing party did not. He recognized him as a former employee and notified his current employer of the conflict.

While his current employer immediately instructed Williams to discontinue working on the matter, not to view or access any documents related to the case, and not to disclose any information he had obtained during his earlier employment, the opposing party moved for disqualification.

The Trial Court disqualified the 2nd firm and the matter went to the Texas Supreme Court. On July 1, 2011, the Texas Supreme Court handed down a decision In Re Guaranty Insurance Services, Inc. and In Re Guaranty Insurance Services, Inc., Relator (No. 10-0364), granting mandamus relief and directing the trial court to vacate its order granting the motion to disqualify.

Luckily for Williams and his employer, the court found that the conflict rule is different for nonlawyers than for lawyers. The presumption that confidences were shared with members of the second employer may be rebutted where nonlawyers are concerned.

How Williams “forgot” he worked on this case with two different employers is beyond me. I’m certain I wouldn’t forget. To be safe, it is a good idea to keep track of the cases you work on so that you can provide full disclosure to the potential employer.

Do you want to use this article in your newsletter, ezine or Web site? You can, so long as you include this entire blurb with it: Vicki Voisin, “The Paralegal Mentor”, delivers simple strategies for paralegals and other professionals to create success and satisfaction by setting goals and determining the direction they will take their careers. Vicki spotlights resources, organizational tips, ethics issues, and other areas of continuing education to help paralegals and others reach their full potential. She publishes a Paralegal Strategies, a weekly enewsletter for paralegals and co-hosts The Paralegal Voice, a monthly podcast produced by Legal Talk Network.

More information is available at paralegalmentor.com where subscribers receive Vicki’s 151 Tips for Your Career Success.

← OSBA Certifies 31 Paralegals
No way, Jose…Casey Anthony is NOT Qualified to be a Paralegal! →